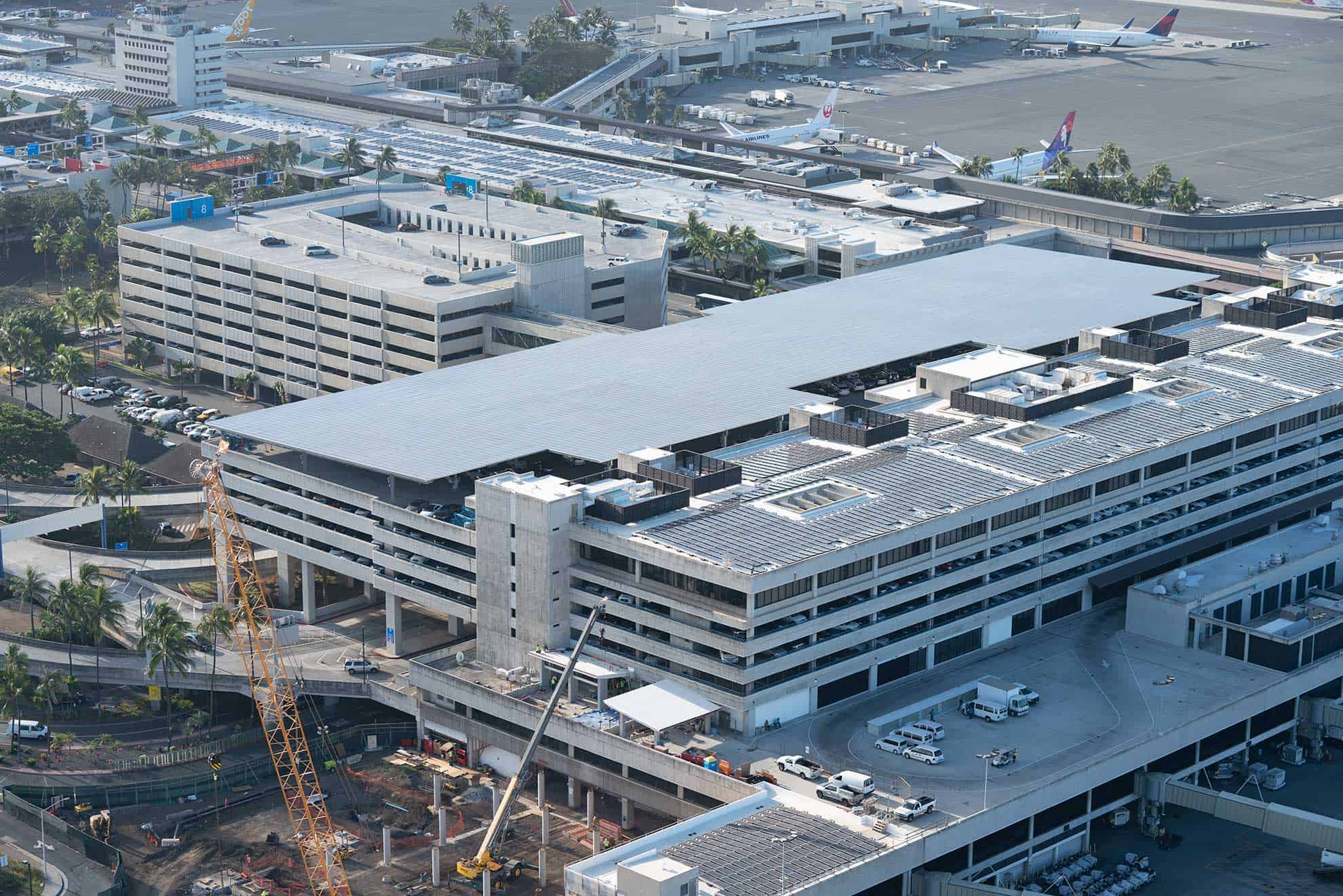 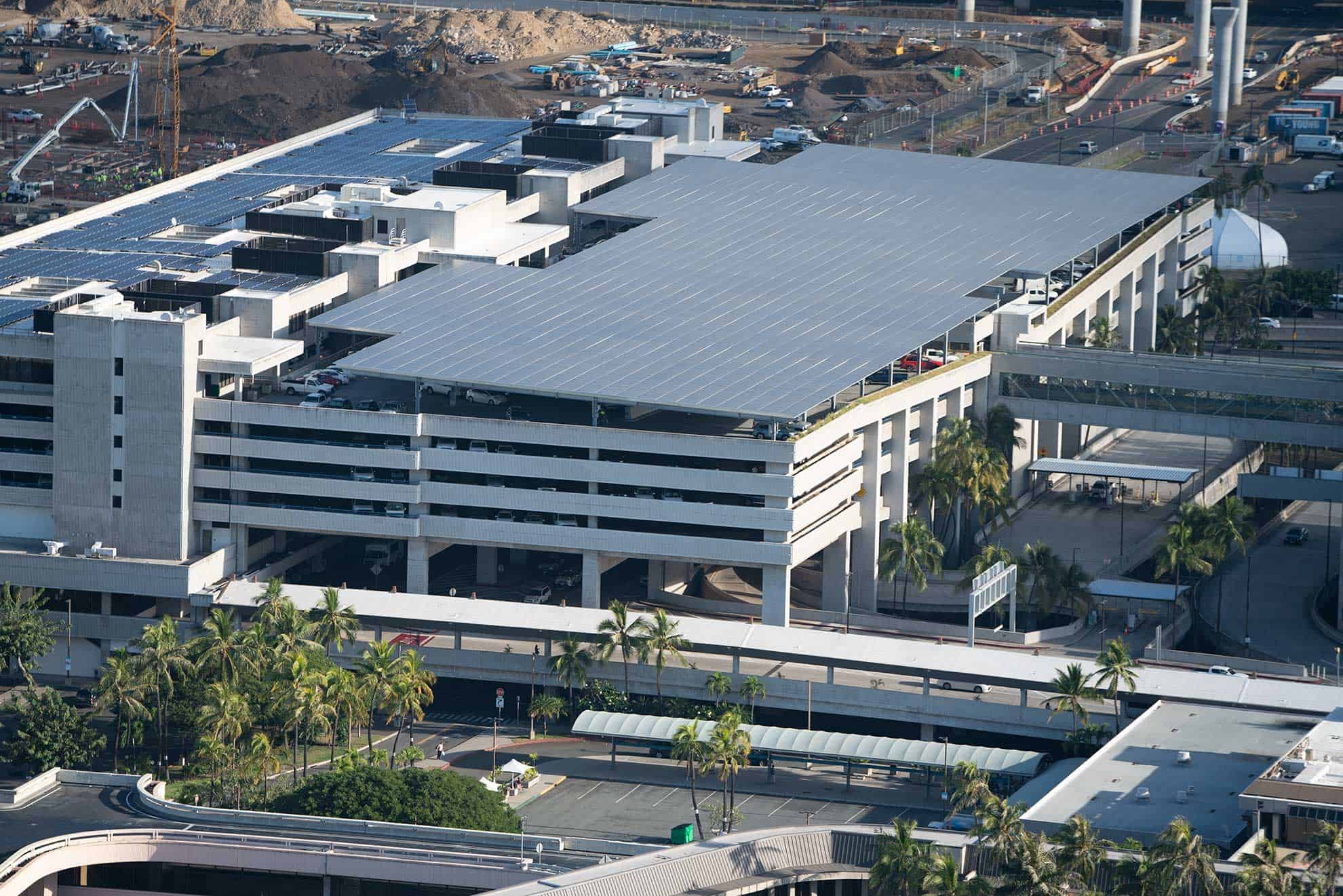 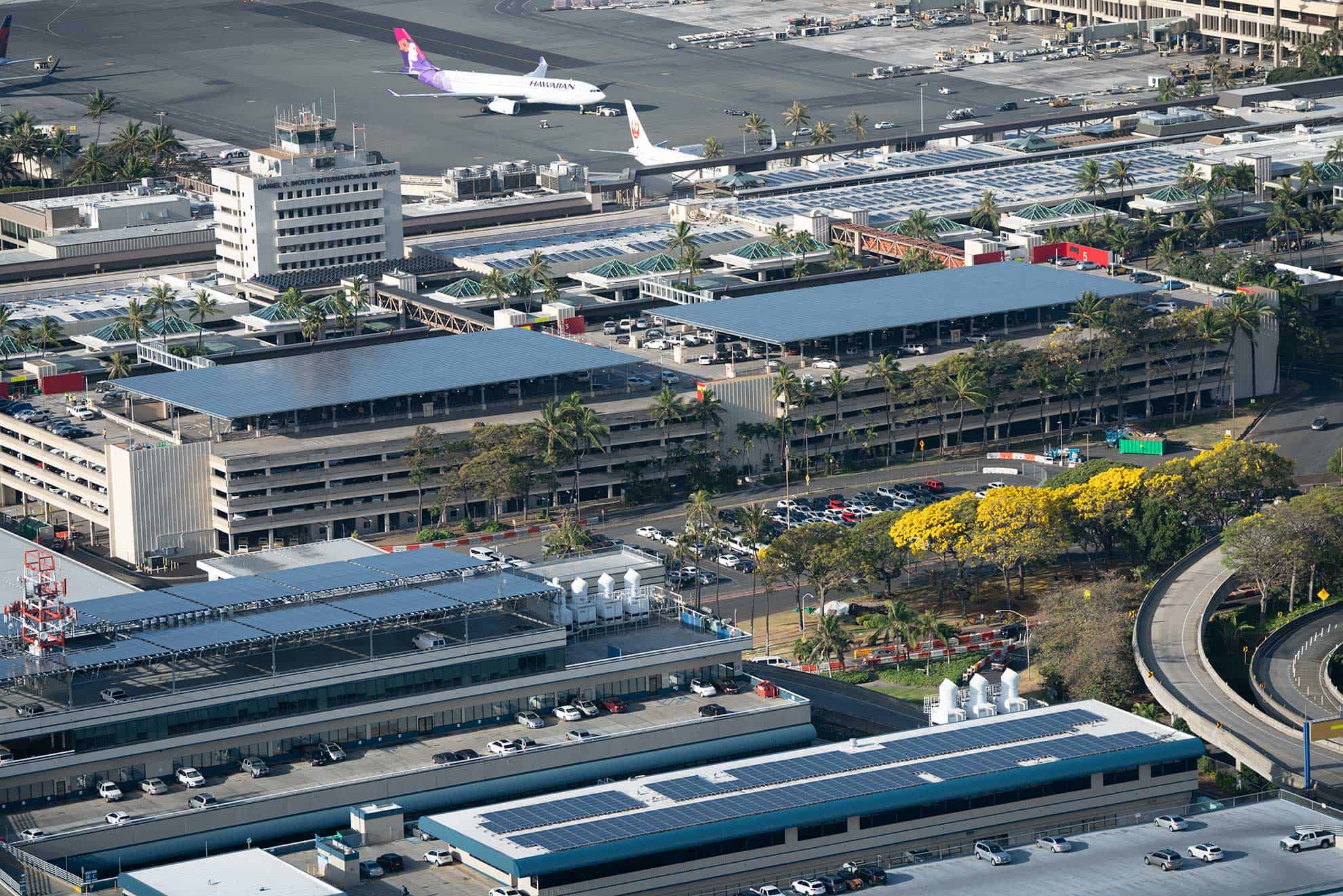 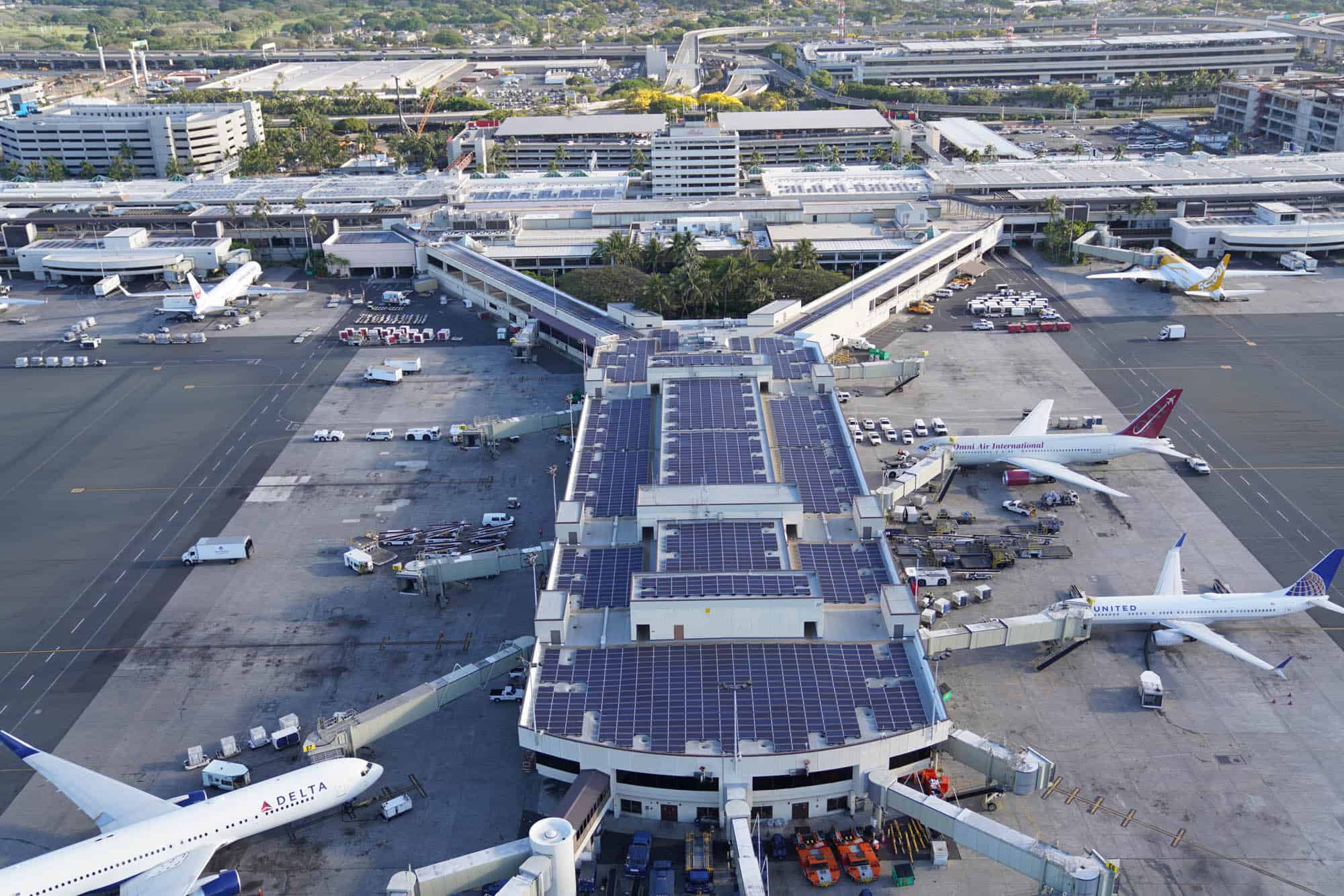 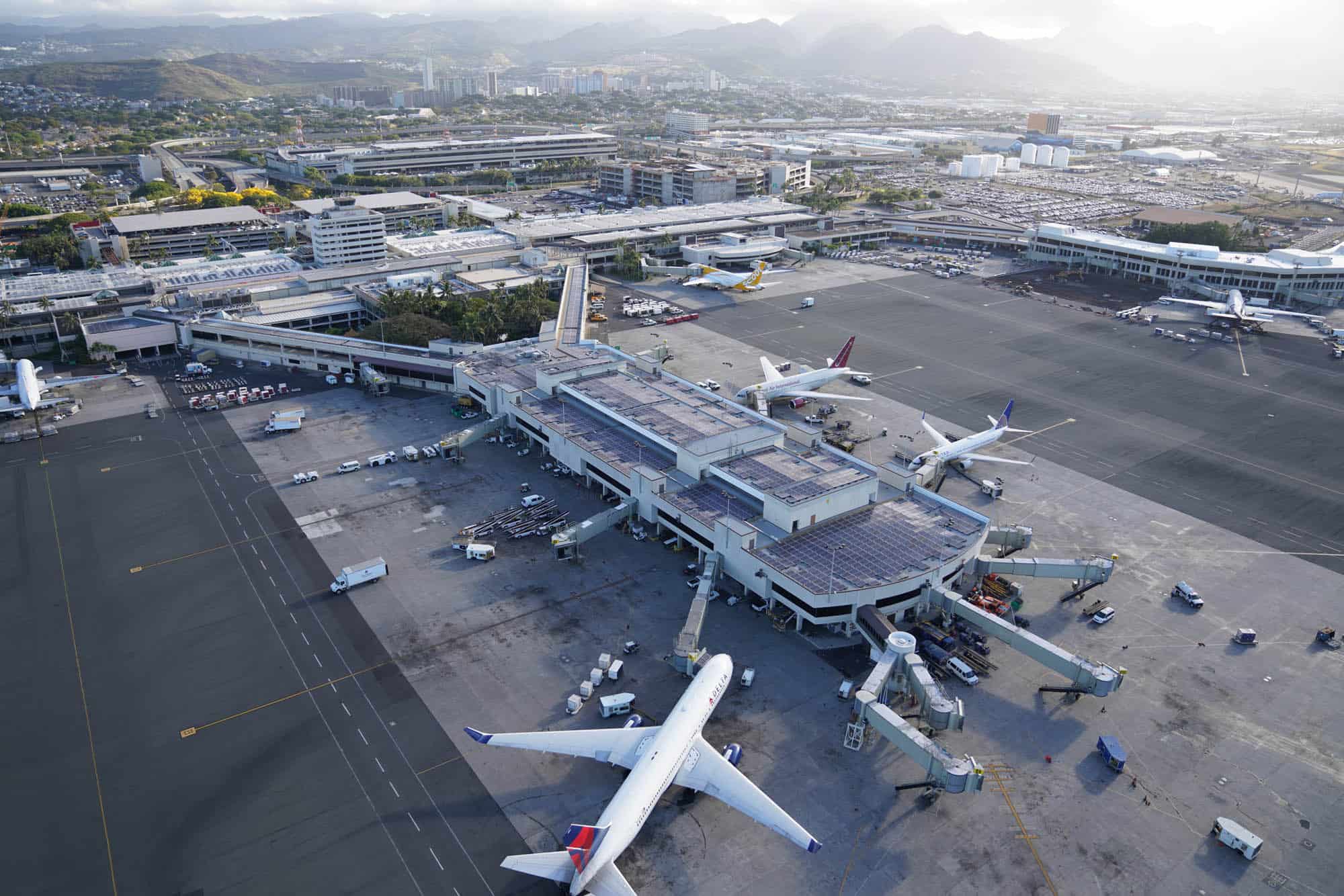 The Daniel K. Inouye International Airport in Honolulu (HNL) is one of the busiest airports in the world, with 21 million passengers traveling through its terminals every year. The Hawaii Department of Transportation (HDOT) is transitioning the airport’s electricity to solar energy to reduce costs and help the state reach its climate goal of 100% clean energy by 2045.

The solar installations are part of a comprehensive energy plan implemented in 2014, including energy-efficiency improvements and multiple phases of solar energy. As part of this plan, Sunspear Energy has installed a total of 12,592 SunPower® solar panels on terminal rooftops and parking garage solar carports.

All in, the systems Sunspear installed will generate 8.7 megawatt hours of clean energy per year, offsetting 8% of the airport’s electricity use. The state will save an estimated $1.7 million in the first year alone. Total greenhouse gas emissions eliminated by the system are equivalent to those from 1,248 passenger vehicles every year.