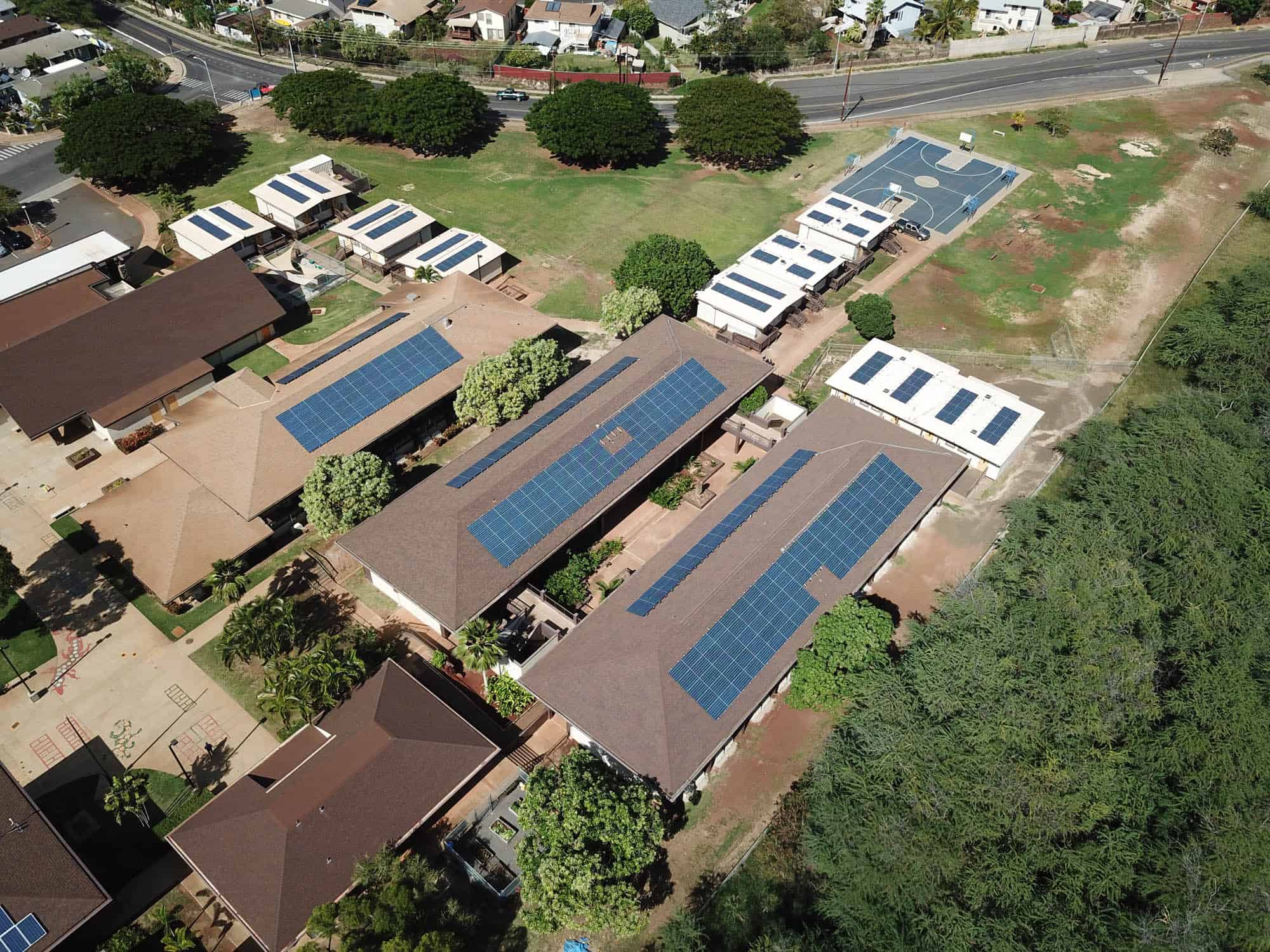 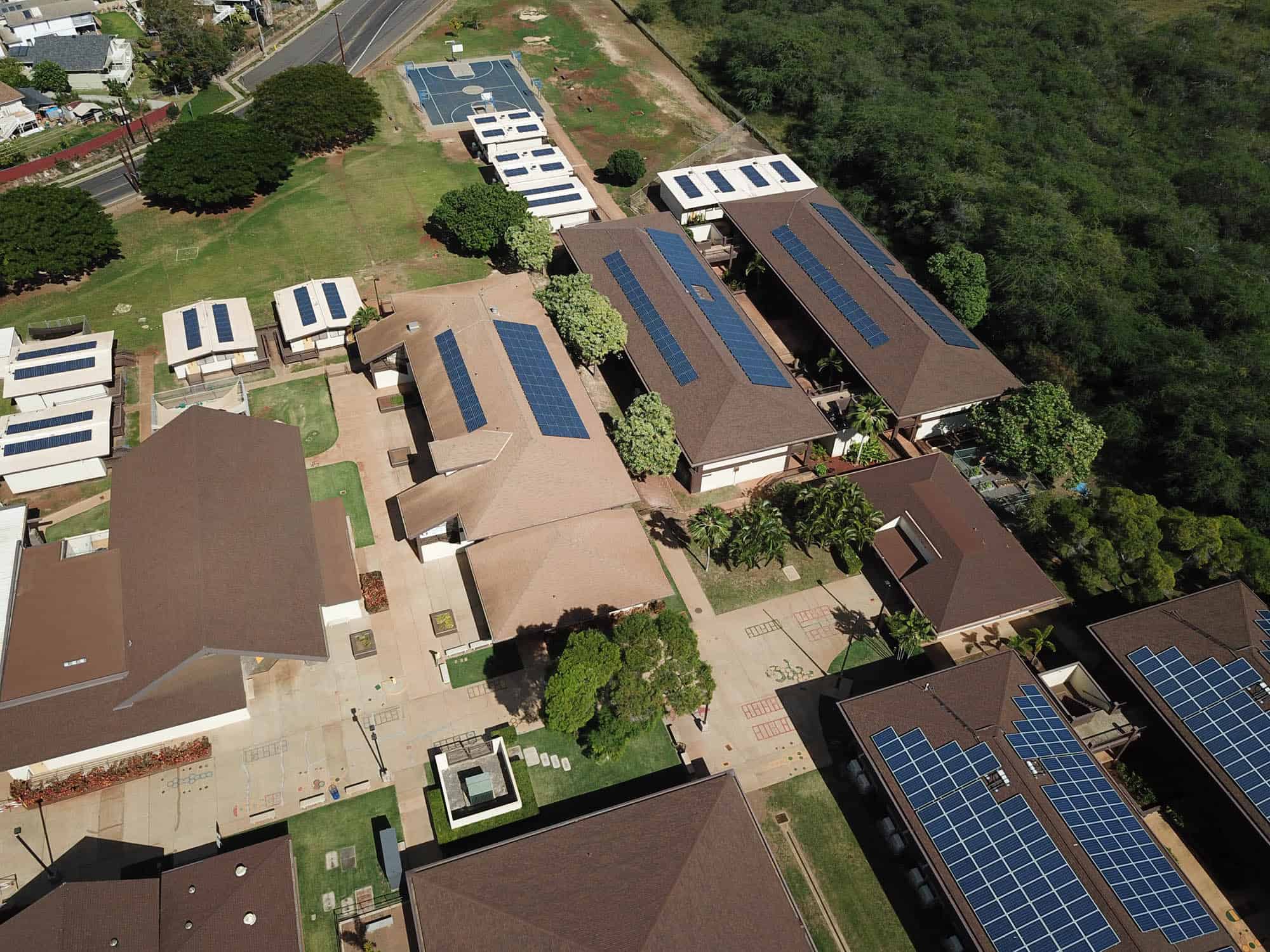 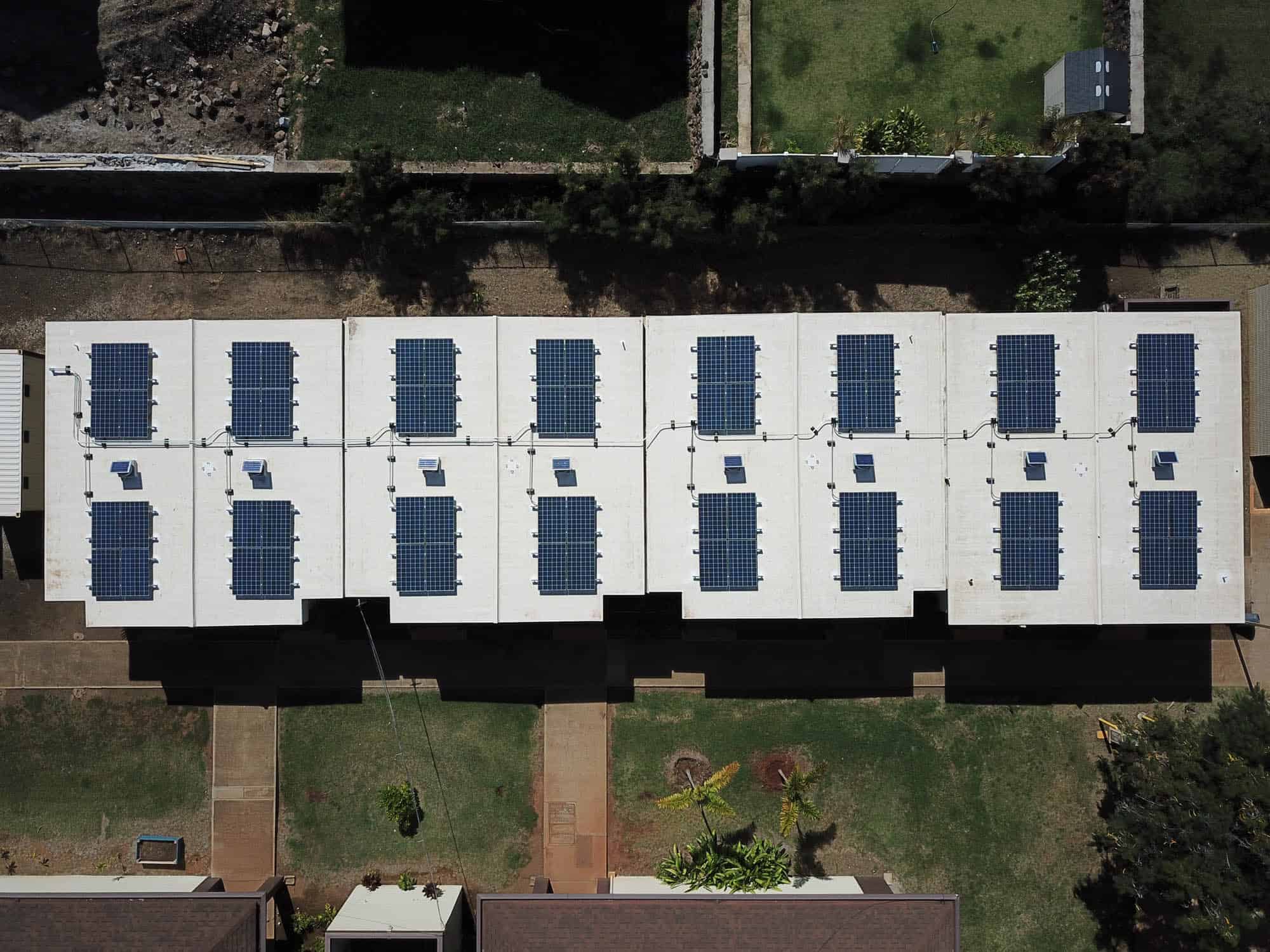 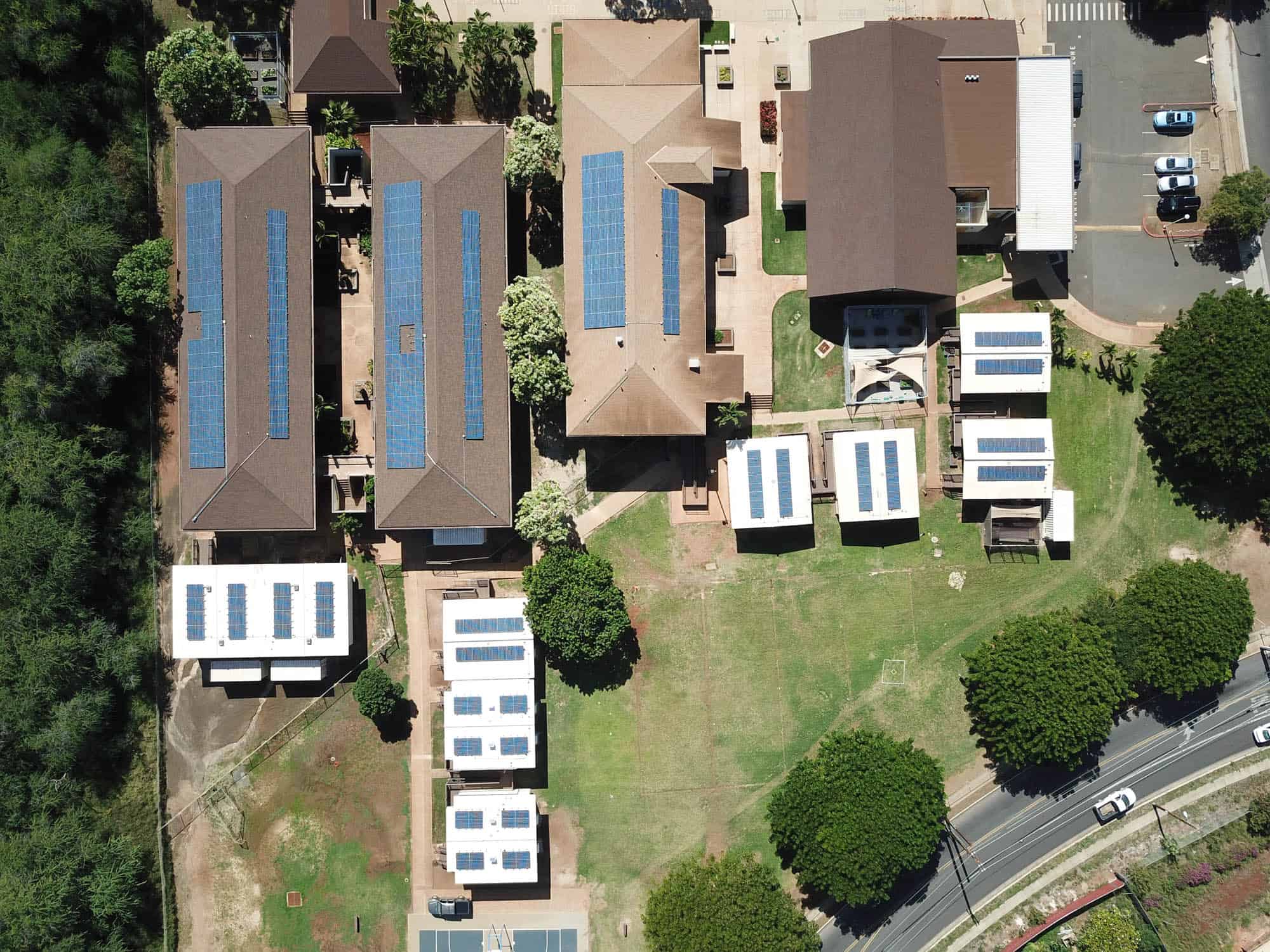 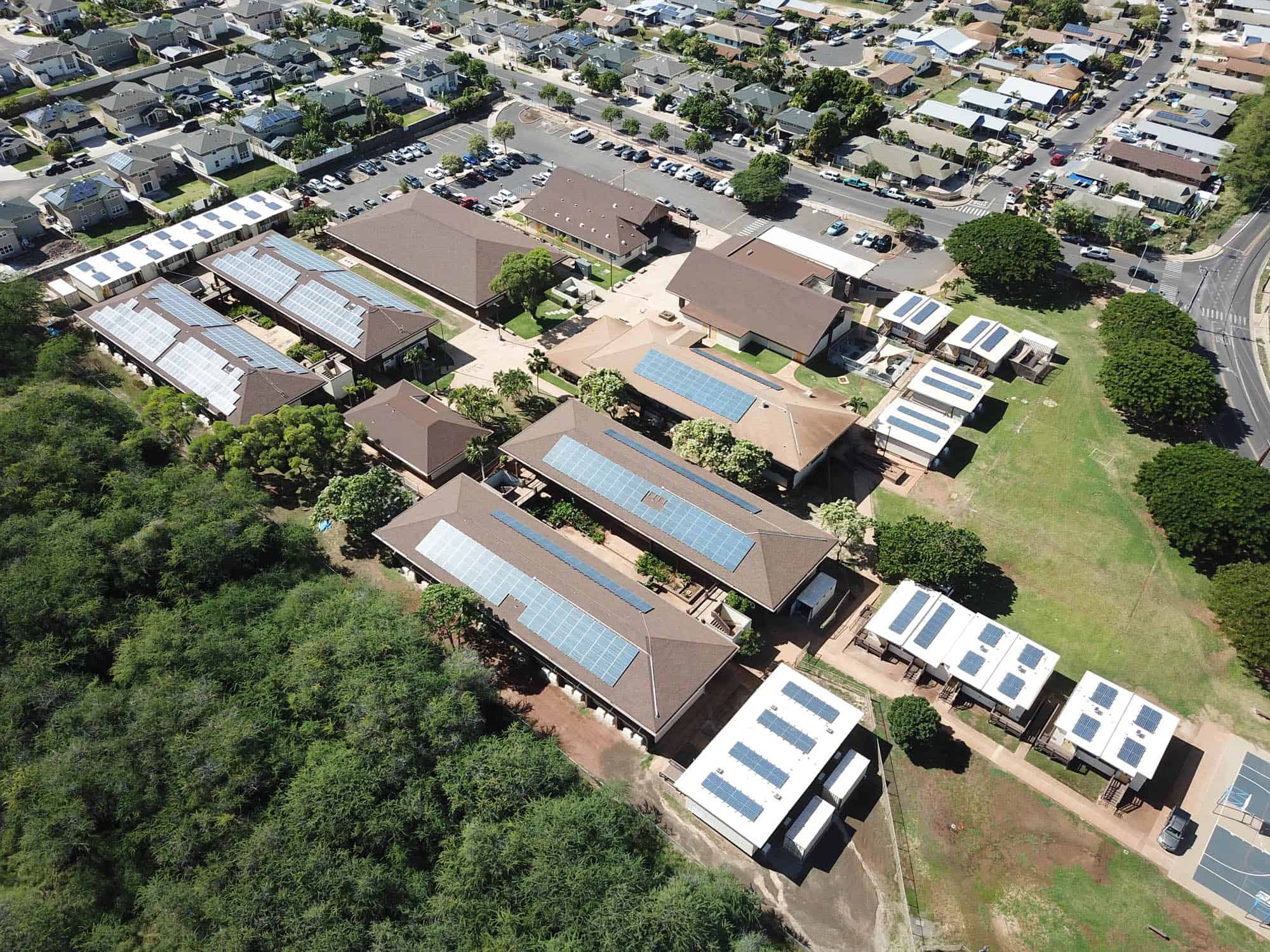 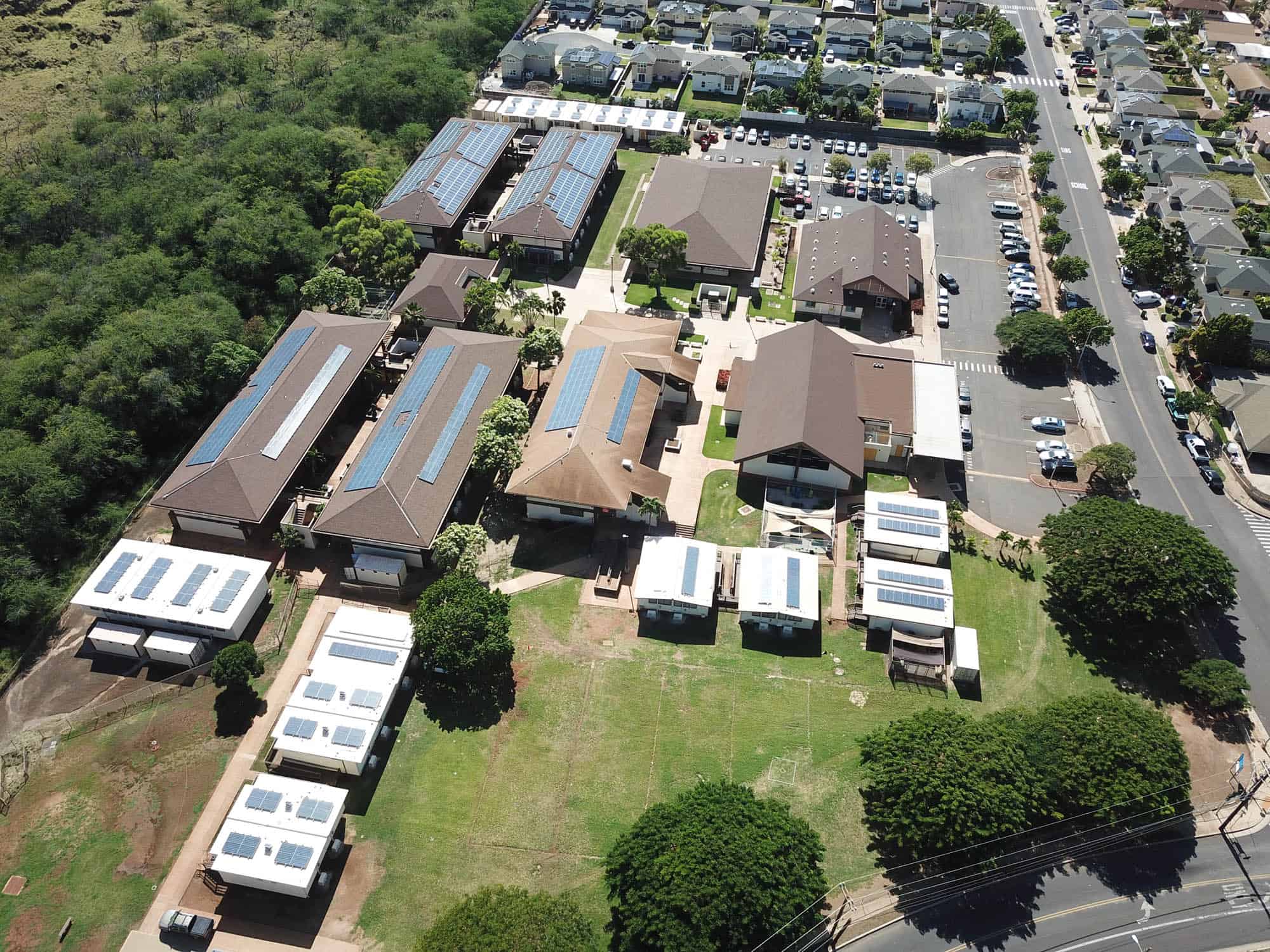 The Sunspear Energy team was part of a group selected to integrate solar plus Tesla Powerwall battery systems to several of the DOE campuses on the West Side of Oahu, where temperatures are the hottest. Sunspear installed over 150 total Powerwall units, Leihoku Elementary School was one of the first campuses selected by the State as being in desperate need of air conditioning. The Sunspear team installed a micro-grid solution that powered the new air conditioning systems without adding to the campus’ electric bill.